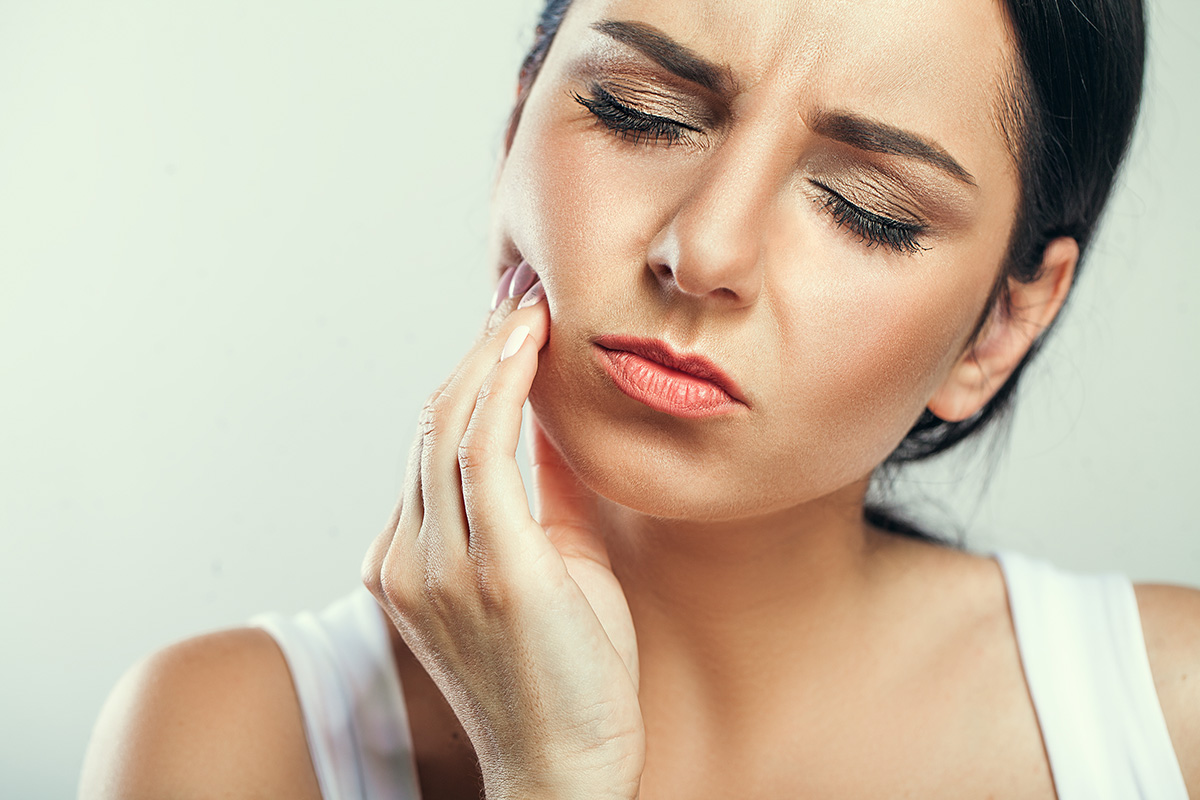 In the innermost part of the tooth there is a soft component – the pulp, which contains blood vessels and nerves, nourishing and supporting metabolic processes in the surrounding tissues. The high sensitivity of this area to infection favors the appearance of inflammation. As a result of an infectious lesion, pulpitis develops.

In the first stage, the dental nerve (pulp) becomes inflamed and sensitive to hot or cold temperatures. Subsequently, it develops into intense aching pain of a constant or periodic nature. It is characteristic that analgesics relieve pain only for a short time. This is due to the fact that the edematous soft components of the pulp are compressed by hard tissues, since they are limited in space.

If left untreated, the infection can spread to the periodontium and cause inflammation of the periodontal apex of the tooth root. Colonies of bacteria decompose the nerve causing the formation of a purulent abscess. If they penetrate into the gums, a flux is formed with a characteristic swelling of the cheek, which may be accompanied by an increase in overall body temperature.

The main stages of pulpitis:

The sensitivity of the tooth is accompanied by intense pain, as a reaction to cold or hot. The pain persists at night with hypothermia.

A characteristic feature: the disease affects adults, but it is rarely observed in children, due to the peculiarities of the jaw anatomy. In childhood, traumatic pulpitis may occur.

During the first 2 days, a focal form of pulpitis is formed near the cavity infected with bacteria. It is characterized by brief intense flashes of pain at rest. Pain syndrome is localized in the affected tooth. The condition is complicated by denticles – mineral formations in the damaged pulp that appear in some patients as a result of inflammation.

When the infection descends to the root of the tooth, the pain becomes diffuse and radiates to the jaw and temple; dull pain in the trigeminal nerve or the back of the head may even occur. It is necessary to be wary if hot increases the discomfort, and cold relieves the condition: this indicates suppuration.

The diffuse stage develops within 2 weeks, after which doctors diagnose chronic pulpitis.

This condition is dangerous since it can last for several years. A dull toothache, although it does not go away completely, turns into acute attacks only occasionally. The reaction to external stimuli persists, it is difficult to chew with the affected tooth. In such course of the disease, the destruction of hard tooth tissues occurs. Untreated pulpitis leads to tooth extraction and purulent infiltration of the jaw tissues.

Periodization of the chronic course of pathology:

Treatment of acute pulpitis is carried out in two ways: conservative and surgical.

A gentle method of treatment is pulpotomy, which blocks the inflammatory process, keeping the tooth alive. This is a laborious method, which can only give results at the earliest stage of the disease. The pulp is exposed, and medicine is applied, which is protected by a temporary filling. After a few days, the patient is X-rayed and a permanent filling is placed if the treatment has helped. This method is used in pediatric dentistry.

Surgical treatment of pulpitis is not performed without anesthesia. The extirpation of the pulp is the most common. Modern methods are absolutely painless and allow to preserve a tooth without a nerve for many years.

The extraction of the nerve is performed under general or local anesthesia. The doctor works with a special tool, flushes the canals thoroughly with an antibacterial solution. Hermetic filling of canals prevents the recurrence of inflammation.

Extirpation is carried out in one visit and is inexpensive. It is important that all operations are performed professionally.

Prevention of pulpitis consist in a timely visit to the dentist and periodic examination of the condition of the teeth.

The specialists from Denta Vita clinic are happy to help you get rid of pulpitis. With the help of modern equipment and dental tomography, we examine the state of the oral cavity and develop treatment tactics. Our arsenal includes many methods of dental treatment at affordable prices.